Born of water:
fount of life and development

In the mid-19th century, the European capital city of Madrid was in danger of falling behind the modern times. The region lacked an industrial fabric, agriculture was sparse and demographic growth was non-existent... And one of the main reasons was a dearth of water. It was at this point that Madrid undertook one of the most impressive feats in civil engineering of its time.

The creation of the Canal de Isabel II (Isabella II's Canal), one of the oldest and largest public companies in Madrid, played an essential role in modernising Madrid and the surrounding region, and in improving its inhabitants' quality of life. Since then, the Canal de Isabel II has been entrusted with a particularly important mission, managing one of mankind's most prized resources: water.

Twenty years ago, on the cusp of the new century and on the 150th anniversary of the first time water was brought to Madrid, the Canal decided to strengthen its commitment to society by creating the Canal Foundation. This is a not-for-profit organisation intended to help improve the lives of people and the health of our environment, bringing knowledge to the greatest number of citizens possible. 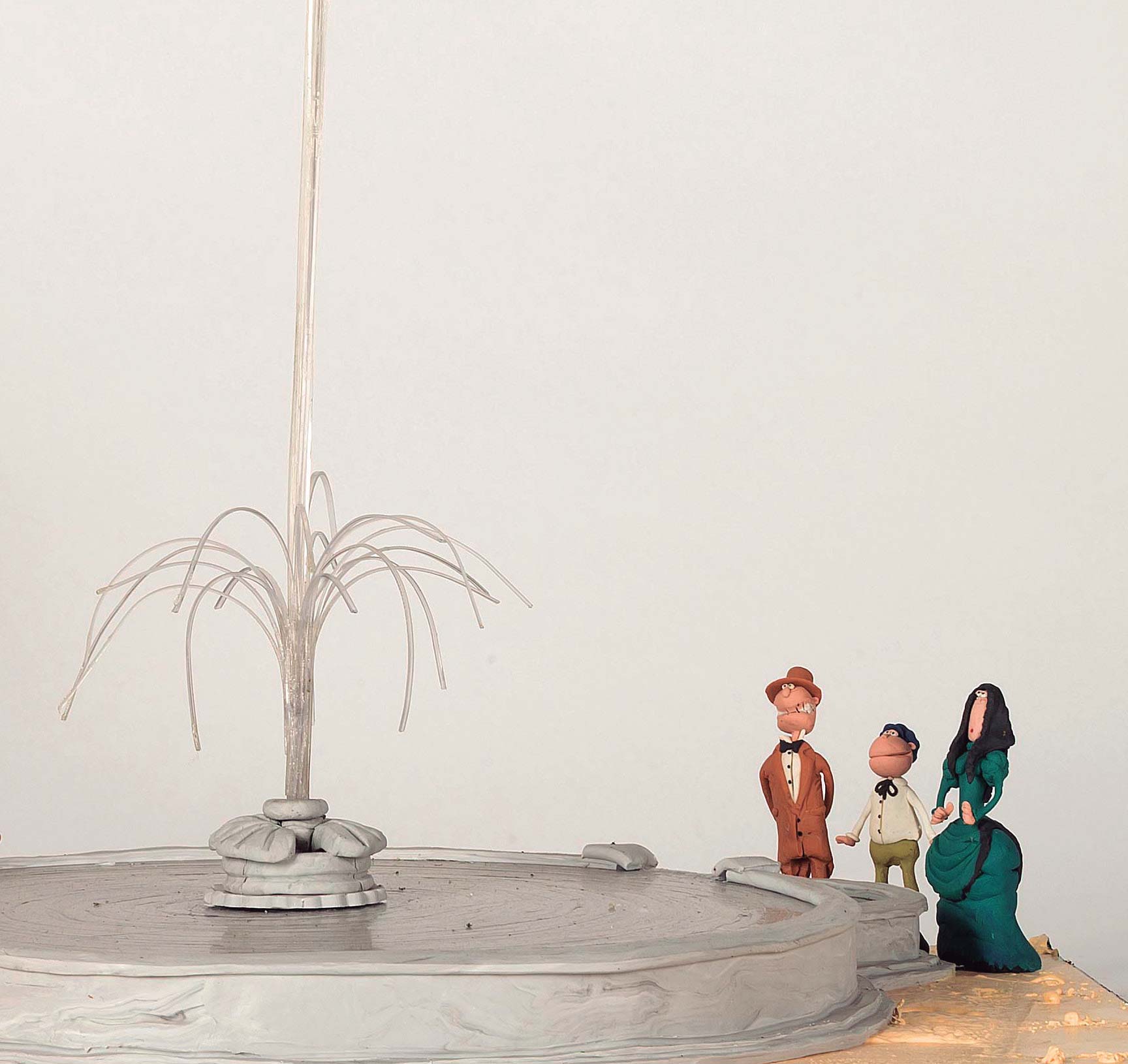 The purpose: to bring
knowledge to people

The Canal Foundation has a two-fold mission: to create knowledge opportunities and to encourage caring for water. Two decades after its creation, the Foundation has helped give shape to this commitment through hundreds of activities on innovation, the environment, and culture, with the participation of nearly seven million people.

Throughout its history, through research and environmental educational programmes, it has helped the Canal de Isabel II to promote a more efficient and sustainable use of water with the population. Moreover, through cultural education, it has brought art and humanities nearer to citizens, under the conviction that culture and critical thought are tools to improve people and society.

In its contribution to reaching the Sustainable Development Goals (SDGs), the Foundation places special focus on quality education (SDG 4) for efficient water use (SDG 6) and development of healthy lifestyles to combat climate change (SDG 13), as well as on creating sustainable communities, protecting and fomenting the world's natural and cultural heritage through its efforts (SDG 11). Thanks to the extraordinary facilitating and mobilising power of culture, through its educational efforts, the Foundation promotes social cohesion against inequality (SDG 10) and the socioeconomic development of its environment. 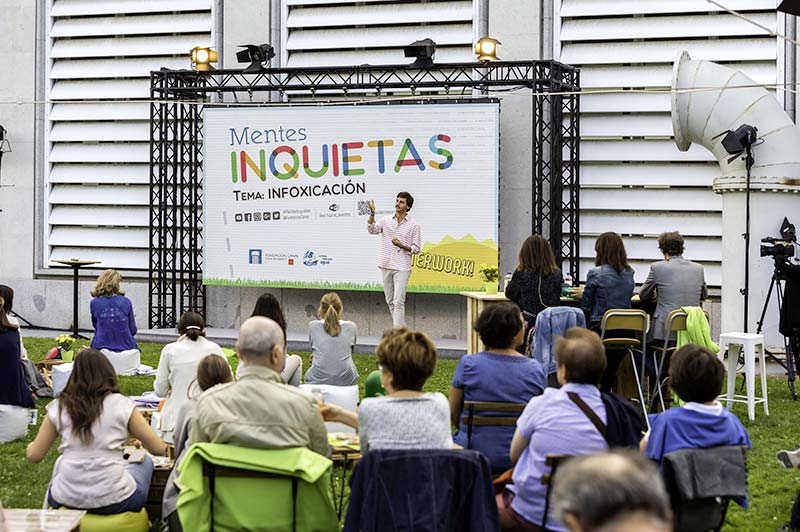 Through education and innovation
programmes, accessible to all

It is vitally important for the Canal Foundation to reach everyone, which is why its programming covers different fields, interests, and branches of knowledge.

Through its environmental programmes, it helps to educate on the comprehensive water cycle and share both mitigating and adaptive solutions for climate change. Within the scope of innovation, it conducts studies and applied-research projects in collaboration with Canal de Isabel II and prestigious organisations.

More information Canal Educa (Canal Educates) is a bilingual, free educational programme created by Canal de Isabel II in 1991. It has channelled the company's technical and management knowledge to raise awareness of the values of water and the environment in over half a million of the Community of Madrid’s schoolchildren. During the last school year, the programme reached over 45,000 students in the region at 293 learning centres in 67 municipalities. In addition to in-person workshops, there are over 50 activities online.

Regarding innovation, in addition to professional workshops and scientific studies geared toward professionals, the Foundation organises Mentes Inquietas (Inquisitive Minds), a meeting place for inquisitive young people to drive their professional careers. Virtual and augmented reality, remote work, infoxication, negotiation techniques and artificial intelligence are some of the most recent topics that were addressed, with over one thousand people participating both face-to-face and virtually.

Weekends are a time to host environmental technology and scientific workshops to immerse children in exciting adventures. A very special opportunity to learn and have fun while discovering artificial intelligence, becoming programmers and experimenting with solar power. 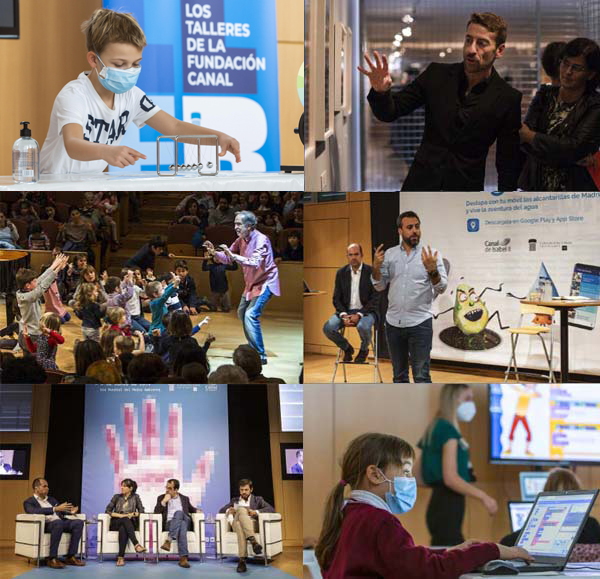 Through artistic and cultural programmes

More information The Canal Foundation has two exceptional exhibition halls, each one unique in character. Man Ray. Objetos de ensueño (Man Ray. Dreamlike Objects), Matisse grabador (Matisse, Engraver) and Rodin, dibujos y recortes (Rodin, Drawings and Cut-Outs) are some of the latest exhibitions from the Mateo Inurria Hall, a space for art in its purest form. Large educational exhibitions, such as Game On. La historia del videojuego (Game On. The History of the Video Game), Auschwitz and Guerreros de Xi’an (Xi’an’s Warriors) drew almost four million people to the Castellana 214 Hall, formerly the reservoir for the Fourth Tank in the Canal de Isabel II (Isabella II’s Canal). Its original perspectives and the quality of the exhibition designs, as well as its publications, have earned the Foundation's exhibition activity some of the highest affluence and greatest recognition in the Community of Madrid.

A meticulous programme of guided tours and family workshops complements the exhibition, now also available in virtual format. Moreover, in order to help the public to delve into and further their knowledge of each one of the exhibitions, the Foundation organises Encuentros a conciencia (Awareness Encounters), a private space that provides the opportunity to meet the people behind them. More than 55,000 people have participated in the 190 forums that have been held so far.

To bring the works of the great musical masters to the public, the Foundation's auditorium hosts chamber music concerts and family concerts, free of cost. Programming that brings traditional classical and contemporary music together, along with a diversity of instruments and a variety of musical styles, under soloists from the Orchestra and Choir of the Community of Madrid (ORCAM), with over 300 concerts held to date. 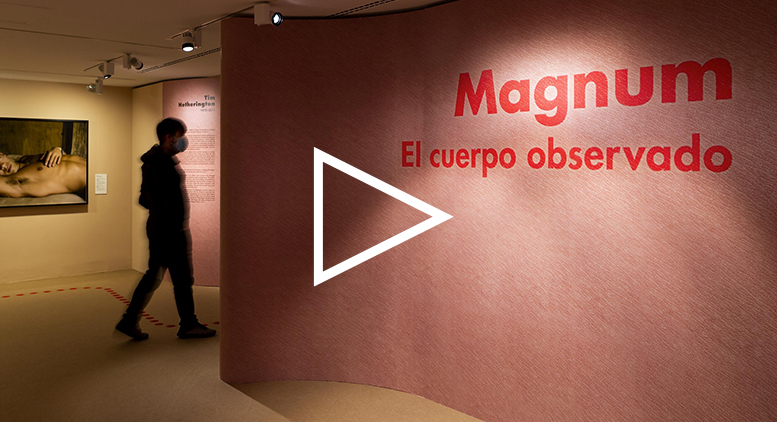 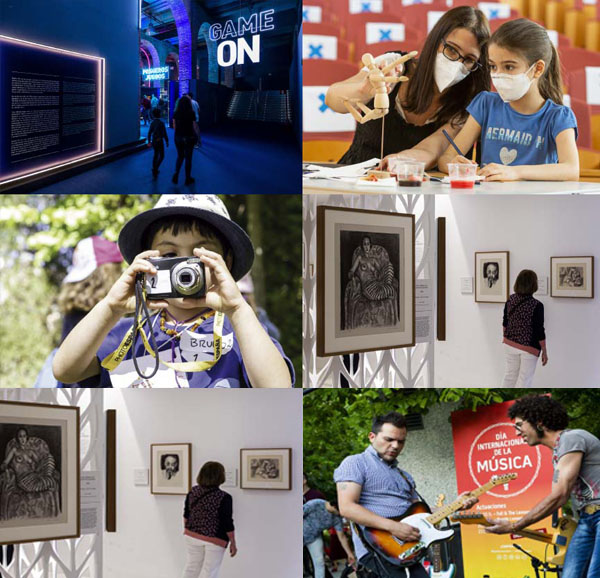 In some of Madrid's
most unique spaces

When drinking water was brought to Madrid, it was the beginning of an infrastructure network of enormous historical, technical, and patrimonial wealth. As part of Canal de Isabel II's social commitment, sections of this industrial heritage are now home to important cultural projects, including facilities and spaces for Fundación Canal's public.

The Foundation's headquarters, its two exhibition halls (Mateo Inurria Hall and Castellana Hall), auditorium, and garden for summer activities, are located near the IV Depósito Park, built over the cover of the Canal's fourth water tank, still currently in use. Occupying part of the underground space once used to store water, the Castellana Hall has maintained the appearance of the former reservoir with its 144 brick arches that tower more than 7.5 metres high over a 1,500-metre surface area.

Beyond their unique personality, the Foundation's facilities have modern technical equipment to comfortably conduct both public activities and host private events when scheduling allows. 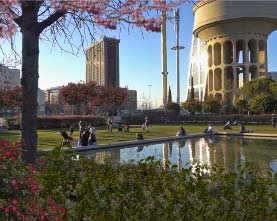 Committed to a culture
of transparency

The Canal Foundation is a not-for-profit entity that believes in transparency as the best way to conduct its activity and interact with its environment and beneficiaries. With a will to disclose how it manages its activities, the Transparency Portal offers clear and accessible information on the organisation and resources: how they are used, how things are done, and the results.

Today more than ever, we take care of your safety so all you need worry about is enjoying yourself. As a family, on your own, as a couple or in a group; by foot, by bus, on the underground or by bicycle: you are most welcome. 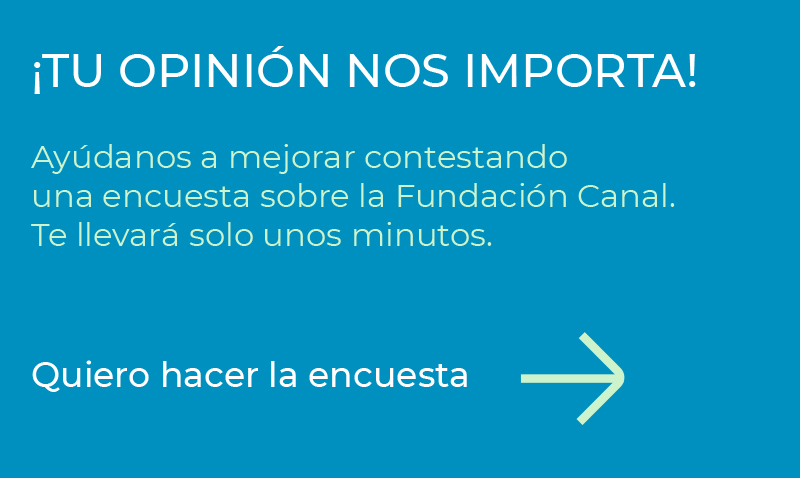